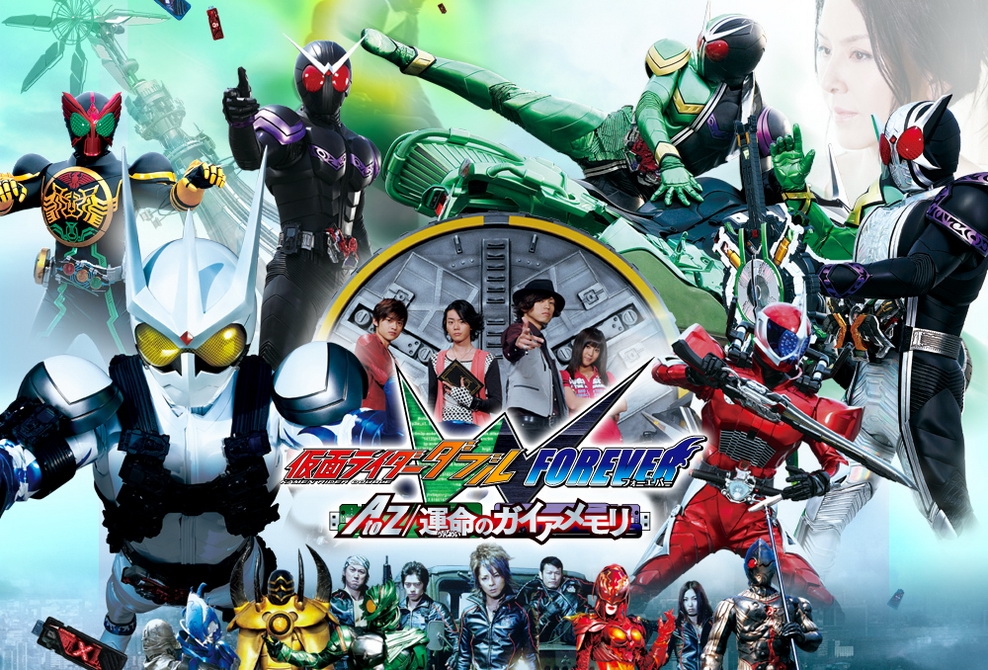 After picking up the T2 Gaia Memories from fellow Foundation X agent Jun Kazu, Tabata leaves Futo via an Apache helicopter to his group’s base of operations. Unbeknownst to him, he is being tailed by a Hercules cargo plane before a young man leaps out of it and into the helicopter. The man takes the briefcase and uses the T2 Gaia Memory with the letter E to transform into a caped Kamen Rider as Tabata activates the suitcase’s self-destruction function. Surviving the blast as it causes the helicopter to explode, the rider lands back in cargo plane where his accomplices are waiting as the other 25 T2 Gaia Memories to rain down on Futo. They head off to find the Gaia Memories as their leader intends to turn the city into hell on Earth.